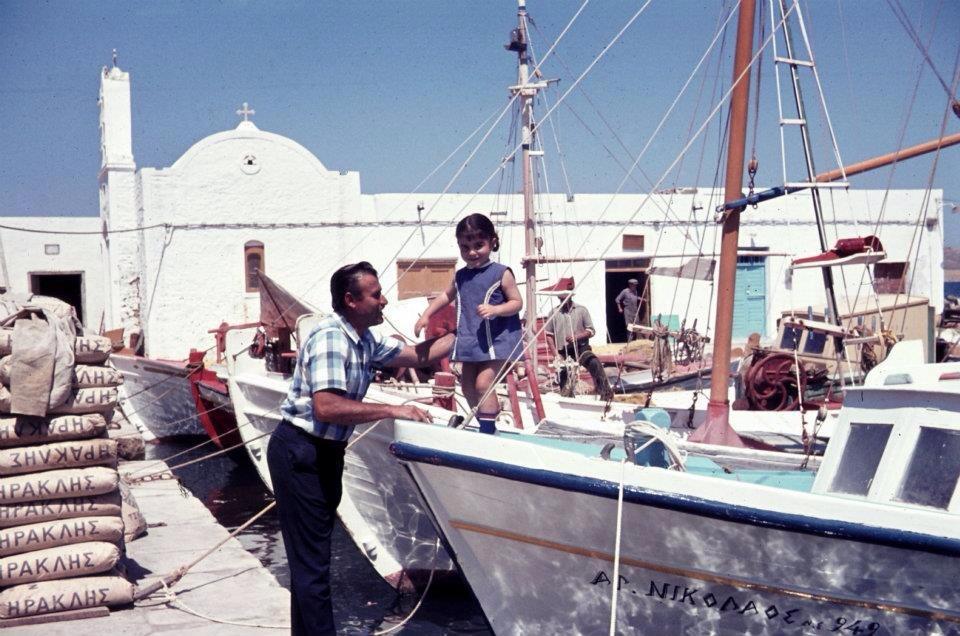 In the mid-90’s she opened her first restaurant, Papadakis in Paros to great acclaim, luring megayachts, locals and tourists in search of Argiro’s farm-to-fabulous, sea-to-sensational dishes served up at the water’s edge of Naoussa’s picturesque port. It was there in Paros that she found her core ideal ‘Nothing compares to a Greek mothers, cooking.’ For Argiro, a mothers cooking means familiar flavors, glorious tastes, openhandedness, warmth and unconditional love. It is these ideals that she has shared with Greeks through her cooking, her books, her restaurants and TV shows and it is her greatest goal to export this ethos to the globe.

From there she’d expand her gastronomical prowess by studying French cuisine in London and Paris.Today that culinary journey culminates at her second wildly successful Papadakis restaurant, set at the foothills of Mt. Lycabettus in the heart of Athens. Celebrity fans like Jean Paul Gauthier, Carla Bruni and Pierce Brosnan dine alongside the Greek power set and globetrotters. Many say they first came for Argiro’s signature cuisine, but they return for her authenticity and infectious personality. Her latest restaurant venture, Alfa Pie House, a Greek pie bakery and cafe recently opened in Washington, D.C., is a delicious showcase of Argiro’s famous pies. Even President Obama is a fan! She has represented both Greece and the European Union in clountless events, ranging from cooking for Congress, to Ambassadoring South Aegean Mediterranean Cuisine at the 32nd Annual Chefs Tribute of the James Beard Foundation, Meal on Wheels NY.

Turn on the TV nearly every morning in Greece and you’ll be charmed by its favorite daughter and chef of the people: Argiro Barbarigou. Known affectionately as the ‘First Lady of Greek Cuisine,’ Argiro has devoted her life’s work to sharing the secrets of authentic Greek cooking — modern and ancient — with loyalists and fans around the globe.

Ambassador for the South Aegean, European Region of Gastronomy, Chef, Tv Host, Restauranteur and Best Selling Cookbook Author Greek celebrity chef Argiro Barbarigou designed a life, career and brand from the Greek kitchen, starting on her native Paros, where she credits her mother for teaching her not just the techniques, but the soul of Greek cooking, a love she’d share in countless unforgettable moments with millions of fans and customers.

TO INTERVIEW OR PARTNER WITH CHEF ARGIRO BARBARIGOU